The Science of 3K3A-APC in Amyotrophic Lateral Sclerosis (‘ALS’) 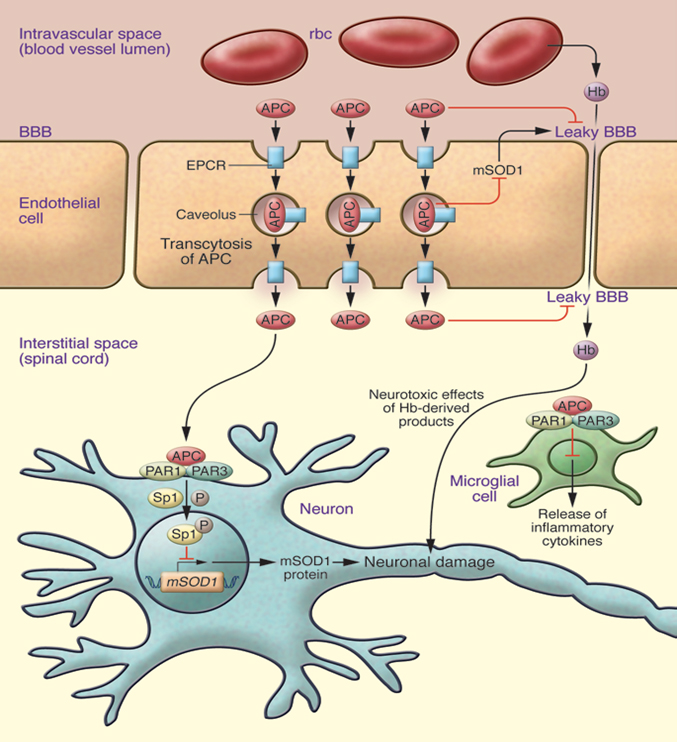 In 2014, researchers at Professor Zlokovic’s lab were able to show that blood brain barrier breakdown contributes to early motor-neuron degeneration in ALS mice and that restoring BBB integrity via 3K3A-APC during an early disease phase retards the disease process.

Professor Dominic Rowe at Macquarie University Hospital runs the largest motor neuron diseases clinic in Australia. As Principal Investigator, Professor Rowe is currently conducting a Phase 2 clinical trial (NCT05039268) of 3K3A-APC in ALS looking at several biomarkers of disease activity. The trial started in December 2021 and is testing an escalating acute dose regimen of 3K3A-APC in patients to determine safety and tolerability. A further endpoint is PET imaging to determine whether microglial activation can be modulated with imaging at baseline, day 3, day 7 and day 14. Other biomarkers of microglial/monocyte activation are being assayed.

No trial thus far has attempted to use an acute therapeutic regimen to attenuate microglia activation, with in vivo assessment of end organ penetration and efficacy. This study should answer the question whether microglia activation is a major pathogenic contributor to ALS.